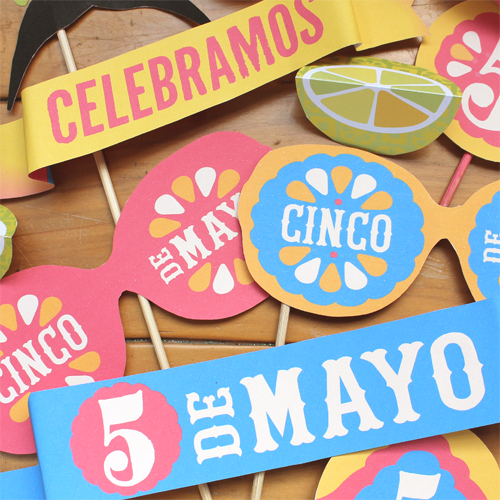 So what is Cinco de Mayo? This holiday is celebrated in Puebla in Mexico and in many US cities with large Mexican populations. The festival began as a regional celebration of the defeat of the French Army by Mexican soldiers at the battle of Puebla.

It is still a big celebration in Puebla and in Mexico city, with parades, fiestas and fireworks (and a visit from Marc Anthony last year!), but for the rest of Mexico it seems the anniversary is not such a big deal. Cinco de Mayo is, however, a major celebration in the United States. Some believe this is because the battle marked a change in the relationship between the United States and Mexico.

The theory is that from Mexico, Napoleon III wanted to aid the Confederacy in the U.S. Civil War, which would have meant a longer, bloodier war. At that time, the French Army was the greatest military force on the globe so the victory was a huge achievement for the Mexican Army.

Whether this is the reason, Cinco de Mayo is undeniably a big deal in the United States.  In 2012 President Obama declared the celebration an opportunity to ‘pay tribute to our shared heritage and our future partnership.’ So how to celebrate Cinco de Mayo?

Whether or not you are of Mexican heritage, Cinco de Mayo is a chance to celebrate all things Mexican! From wonderful food to colorful traditions, crafts and music, it’s time to party!

Mole Poblano is traditionally served on Cinco de Mayo and legend has it that the dish originates from Puebla. The story goes that two nuns were surprised by a visitor. Not being cooks they took a mortar and pestle and ground together all the ingredients that they could find – tomatoes, chocolate and chillies and then simmered the mix until it thickened into a sauce, now known as Mole.

There is a rich Mexican tradition of paper crafting. Pinatas, papel picado and paper flowers are important in the festivities of Cinco de Mayo as well as Dia de los Muertos. We’ve put together video tutorials showing you how to make your own mexican paper flowers and papel picado crepe paper garlands.

They are surprisingly fun and easy to make. This year we also had fun making mini pinatas and lucha libre paper masks – you can find the free printable templates and tutorials here on the Happythought site.

The battle of Cinco de Mayo has been re-enacted since the 1930s in Puebla and  Peñón de los Baños, Mexico City. Men dress as Mexican and French soldiers and generals, women dress as soldaderas, who as well cooking and looking after the soldiers, fought alongside them. Why not stage your own re-enactment?

If you have and feedback or comments we would love to hear from you. Also included in our Cinco de Mayo offerings , paper flower crown tutorial + template,  ‘Free printable Luche Libre masks‘, some ‘Cinco de Mayo Coloring in pages‘ and a great ‘How to make a pinata tutorial‘ plus the template.

In Spanish and English, 10 printable worksheets for schools, home schools and learning centres.

Two Introduction pages – ‘What is Cinco de Mayo?’ and ‘How to celebrate Cinco de Mayo?’
Three questions and answers – Map of Mexico, Crossword puzzle, Find the missing words.
Word search – 12 words to find.
Mexican flag – Color-in and make a Mexican flag.
Three color-in worksheets – A mariachi, a luchador and a piñata shaped as a donkey.

Our worksheets contain activities and questions about Cinco de Mayo appropriate for children at the level of kindergarten, elementary, first grade, 2nd grade, 3rd grade, 4th grade and middle school. All Q&A worksheets include answers. The ten printable PDF sheets are designed for teachers and parents. We have produced them in black and white so that they don’t use too much toner when printed or copied.

2 thoughts on “How to celebrate Cinco de Mayo”